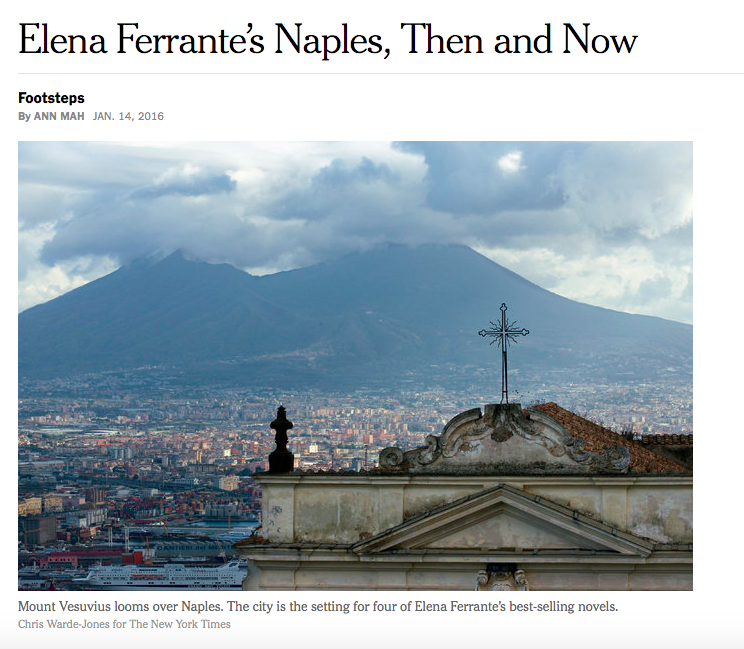 The New York Times has mentioned her twice, both associating her to Elena Ferrante’s quartet “My brilliant friend”, the story of Lenù and Lila that has made New York go crazy to the point that the famous newspaper has sent a reporter to Naples following the same paths of the novel, in particular the ones in which to two main characters spent their childhood: the Rione Luzzatti, halfway between Gianturco and the central station. Once in Naples the reporter Anne Mah phoned her, Francesca Siniscalchi, to be walked around and relive the novel.

We meet her in Piazza Bellini, in the historical centre. She looks lively and very curious, and is so polite that she waits till the end of the interview to confess her aversion to football: «it is unbelievable that nowadays there are people who still live just for it», and then: «I have decided to talk to you after reading the interview to Bellenger, despite being surrounded by football articles».

She is really in love with Naples. Her story is very similar to the one of the narrator in “My brilliant friend”, as well as many Neapolitans. She left the city thinking it was impossible to live there, but then after years she was back «with the awareness that Naples is not better or worse than the rest of Italy. It is treated badly by the media, especially by us, while abroad it is different, as shown by the interest of the New York Times and The Guardian. There is an interest in Italy in offering a terribly negative image of Naples. Fortunately nowadays there is internet, thanks to which the foreign tourists that come to visit are then able to write about it, so that the trend has been progressively inverted».

After graduating in Foreign Languages and Literature, Francesca left Naples just like many young graduates and like Elena Greco, and worked 8 years for Alpitour. «I told myself I would never come back; I learned many languages such as English, Spanish and German just to leave Italy behind, because here the work and professionalism are not rewarded».

She came back to the base ten years ago: «my office is two steps away from here, but the truth is, my real office is the streets of Naples, because I walk people around the city. If you have an encyclopaedic knowledge, people get bored, this is an “on the road” job». Now she works exclusively with foreign tourists: «no doubt I do prefer them, they are culturally prepared and arrive to Naples after studying; they have a different attitude and are sincerely interested, willing to learn. They know what they want to see and at the end they thank you and leave truly enchanted. Italians instead look around easily and then say something like “Palermo is better by the way“. I am the first to admit that Naples is dirty, there is plenty of dog‘s mess that people don’t clean up, but the tourists are aware that they will find this too, and do not care. The Italians are those who are happy to queue during the free admission day for museums instead of visiting and appreciate our richness every day. When I take around foreign tourists and the agreement is an eight hour tour, if I give them an extra hour for free they say thank you, while with the Italians you could work for twelve hours, at the end they would say “are you already leaving?“».

Now that she is back in Naples, Francesca talks of the negative stereotype that characterizes the city. «Living abroad helped me to understand that I wanted to come back to no other cities than Naples. The return  has not been easy. I worked in Ischia at the Jolly Hotel for one year and then for an association that organised medical congresses. The environment was narrow-minded and sexist. Then in 2004 I became an official tour guide and started my own business. Soon I realized that Naples, unlike the rest of Italy, is an open-minded city, alive, unique, with a huge potential. Living here is like living in India, Spain, France or Africa at the same time. Of course there are gaps such as infrastructures, and talking about tourism, people just go to Capri, Pompei or the Amalfi coast skipping the city. It seems that the national government is deliberately excluding the city, and this appears quite clearly from the project of a direct fast train connecting Rome to Pompei. The target is a quick and hit-and-run kind of tourism from which Naples is completely excluded».

Can you recognize a political plan in this?
«Yes, and this is evident from what is happening with the treasure of San Gennaro. They want to expropriate the cultural patrimony of Naples. It is simple to take all the resources away instead of using them for the improvement of the territory. I had to work abroad to understand how to give value to our resources and not letting them being exploited by others. Bellenger in the interview that you published, focused on the problem: hands off San Gennaro. We have to realize that Naples is international, and only bypassing the Italian government we can recover and give value to our richness. We have everything here but we are not able to take decisions and manage the potential we have».

How much do you think Naples has changed in the last years?
«Naples has not changed, what is different is the perception people have about it. People from a certain cultural background have understood that Naples is not just pizza, sun & mandolin, and are looking for something else. The case of the journalist of the NYT is emblematic of this, as she came here and asked me to see a certain Naples, the one she had studied. And if the perception has changed, it is mainly because of internet. For many years the only information about Naples were about its dirt and danger because this was the image given by the media; then finally a different kind of information appeared thanks to common people and tourists, that were able to leave their feedbacks and points of view about the city. It is a matter of fact that Naples nowadays has a pretty good reputation with the international press that depicts it in a completely different way from the rest of Italy».

It is no coincidence that Elena Ferrante is a literary case mainly abroad. In particular in New York and in England. «When the journalist of the NYT contacted me last September, I was reading the third book of the saga. A real coincidence. I knew Ferrante thanks to the movie by Martone “L’amore molesto” and I really enjoyed it, but then a dear friend of mine from London suggested me to read “My brilliant friend” so we started together».

Francesca Siniscalchi has no standard tourist routes, she likes instead to shape them according to each customer, making them different and considering their client’s needs and curiosity. In this way the Elena Ferrante tour was born. «Together with the journalist of the NYT we started from the Rione Luzzatti, where the main characters were born and raised; then the Stradone, the main road that is Via Taddeo da Sessa; the tunnel that actually is small but in their childhood’s tales looked huge. Then Piazza Carlo III, where there is the classical gymansium attended by Elena, the Rettifilo, Poggioreale, Piazza dei Martiri, the same places of the books so well described and easily recognisable, because despite the fact that Elena Ferrante is a highly cultured writer, her style is simple. Everything starts from the Rione, and it is important to know not only the proper location of it , but also the lifestyle of the place. Elena Ferrante is really good in depicting a certain kind of family, where ist members do not trust the institutions or education, do not school their kids because they believe it is useless, while schooling in the book is the only possible choice to escape a certain place and a certain kind of life. It really struck me that the American journalist didn’t want to visit just the places but wanted to get to know the residents too, the ones that lived in the same period described in the in book, to understand and relive the same experience they‘ d had».

What do you like about Naples in the eyes of Ferrante?
«It is an evolving city, just like the novel. I found the relationship between Lenù and her mother amazing and most of all, the city described by Ferrante has no cliché. For example football is never mentioned, ever, and without pretending the camorra does not exist, Naples is way far from the city described in Gomorra- I am talking about the TV show, the movie instead I think is great – that is just sensationalism and immobility. After all you can find Scampia anywhere in the world, not only here. Instead the story told by Ferrante is alive, an ongoing stream of here-and-back, searching for something just like I did, because Naples is similar to the Grand Central Station.
I often wonder why an Italian artist has to go abroad to become appreciated. Let’s talk about Paolo Sorrentino: he is still criticized at home, while he keeps on winning awards abroad. When E. Ferrante’s fourth book “My brilliant friend“ came out, an important bookstore in Manhattan started the sale at midnight, and there was a long queue outside ready to buy it that same night».

Why in your opinion we have this difficulty?
«Because we are too diffident, while foreigners trust the others and have less preconceptions. An Italian tourist asking for a good place to have lunch, thinks the place you suggest is of a friend of yours, or of one with whom you have an agreement. A foreign tourist has no bias and evaluates just your expertise».

What do you wish for Naples?
«My wish for Naples is a social rescue, not a change or an improvement, just that the city will be seen and appreciated for its qualities and potential. This is a normal city and in my opinion this concept is fundamental». 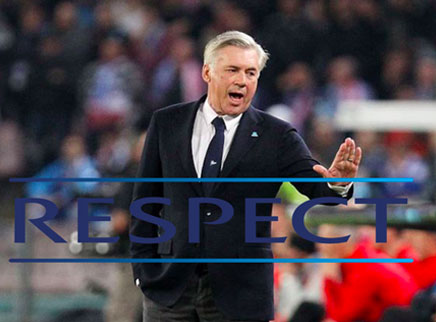 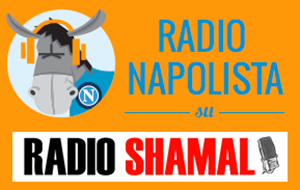